And, after detailed research into which colours generated the most negative reactions among the general public, the dubious honour goes to Pantone 448C, also known as opaque couché – a sludgy brown colour that was alternately described by respondents as ‘tar’, ‘dirty’ and even ‘death’. 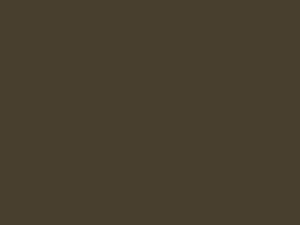 But why, you might well ask, are a team of experts throwing so much shade at a colour that was already pretty dreary to begin with?

Well, because researchers believe it may be the key to cutting cigarette sales.

Back in 2012, researchers at Gfk Bluemoon were commissioned by the Australian government to design new packaging aimed at discouraging people from buying cigarettes.

So, they set out to find the most offensive and unappealing shade in the colour spectrum to put on the packets.

Over 1,000 smokers took part in seven studies over a period of three months to identify the ugliest colour, with opaque couché coming out on top (or bottom, depending on how you look at it).

Other colours that turned smokers off included lime green, beige, white, mustard and dark gray. Medium olive was also considered a front-runner until it was rejected in the final stages for being ‘too classy’.

But, after three months, Pantone 448C was judged the ultimate turn-off and used to cover cigarette boxes across Australia.

And now, after the use of the new and very unexciting packaging has shown early success in curbing cigarette sales Down Under, the UK, Ireland and France have all developed plainer cigarette packaging, featuring, you’ve guessed it, Pantone 448C.

Proving, once again, that beauty is very much in the eye of the beholder.