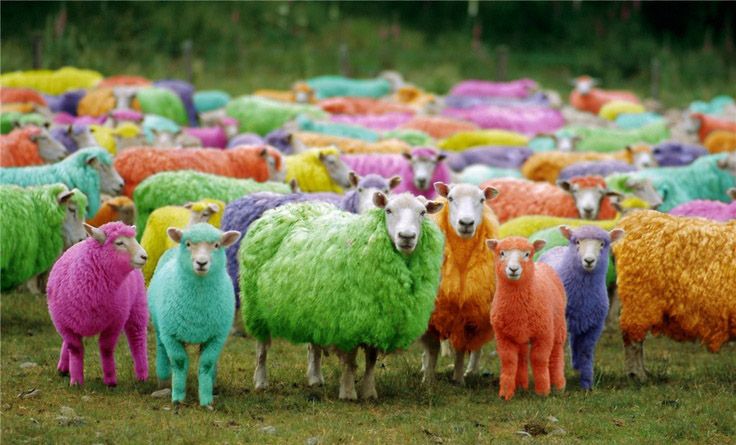 Consumers may be about to get more options for the color natural wool products as Chinese scientists have used gene editing to alter the coat colors of sheep.

The researchers in Urumqi, Xinjiang Uygur Autonomous Region, have bred five sheep with different colors with the technique, known as CRISPR-Cas9.

At the Xinjiang Academy of Zootechnical Science, the sheep are eye-catching: Two of them carry black and white fur like cows, two of them are black with white spots like spotty dogs, while the other is brown and white like unstirred cappuccino.

“The lambs, born in March, have become our lovely pets,” said Liu Mingjun, head of the research team.

According to Liu, this is the first time that scientists have altered the coat colors of large animals via CRISPR-Cas9. Previous experiments on color alteration have been limited to mice.

With CRISPR-Cas9, consumers may purchase more wool products of various colors with no dye needed, and pet keepers can also order their pets with customized fur coloring, he said.

Liu’s team selected ASIP, a key gene affecting the color of sheep fleece, to edit for the desired colors.

CRISPR, short for clustered regularly interspaced short palindromic repeats, was chosen as the 2015 Breakthrough of the Year by the U.S. journal Science as it acts as a type of molecular scissors able to selectively trim away unwanted genome parts and replace them with new DNA stretches. Cas9 is a specific kind of CRISPR-associated protein, with which genetic patterns can be altered by genome modification.

“The application to large animals indicates more strains of animals, not limited to livestock, will be developed via the approach, with different patterns not limited to coat colors,” according to Liu.

“Compared with traditional gene mutation approaches in which researchers take decades to breed a new strain, gene editing is more much effective,” he said.

His team last year designed 38 sheep that outperformed ordinary ones in muscle and wool growth. These sheep will be further studied for genetic stability during reproduction this fall.